A 9-month-old, male cat was presented for an enlarging abdomen. There was a suspicion of a road traffic accident two weeks prior to presentation with tail paralysis, sacral and femoral fractures.

A large, oval and fluid attenuating mass-effect with thin-walled peripheral enhancement is within the left aspect of the retroperitoneal space. This mass-like lesion is interspersed with amorphous fat attenuating material. The cranioventrally associated left kidney is mildly ventrally displaced and its renal pelvis is mildly enlarged. During the late phase after intravenous contrast administration the proximal aspect of the ipsilateral ureter is well defined. There is associated extravasation into the aforementioned retroperitoneal mass-effect at this level (image 1). Additionally a small ring-enhancing and fluid attenuating region is within the left epaxial musculature and a communication between the two structures is at the level of the L5 transverse process. 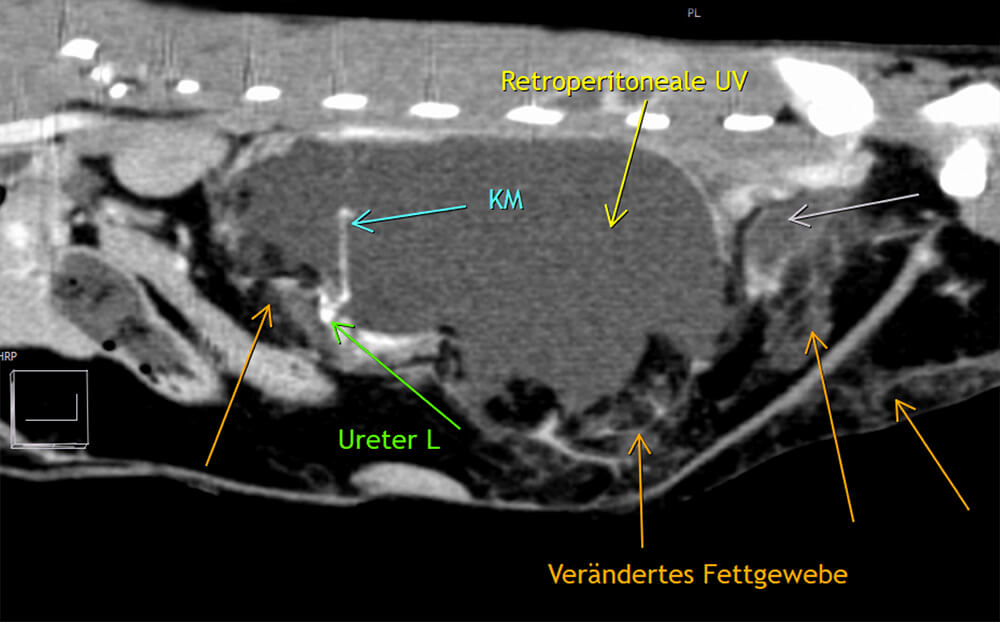 A traumatic urinoma associated with the left ureter and leaking into the retroperitoneal space caudally adjacent to the left kidney explains the patient’s clinical presentation.